The Terra (LUNA) cryptocurrency is by far the best performer in the Top 30 this Tuesday morning, with a 15% gain over 24 hours and 50% over a week, moving it up to 12th place among the largest cryptocurrencies from 22nd place a week ago. Now, all indications are that this crazy rise is likely to continue, as we will explain in this analysis.

Indeed, Terra’s rise is partly in response to the widespread cryptocurrency advance led by Bitcoin, but it can also be traced to recent news regarding Terra, as well as its key advantages over other cryptocurrencies.

Why is Terra (LUNA) taking off? 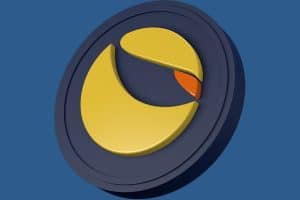 First of all, it is worth remembering that the current uptrend followed by Terra started on July 20 around $5.5. Thus, at the current price of about $32, Terra is up 480% in only about 1 month.

One of the most recent factors that accelerated this powerful bullish move was the fact that on August 12th, Wrapped Luna and TerraUSD became tradable on Coinbase Pro. While not directly Luna tokens, these crypto-currencies are all related and this has likely contributed to the awareness. In addition, Terra has significantly accelerated its rise following this announcement.

Another factor could be behind the increase in Terra’s Luna trading volume. Recently, news broke that Terra is ready for an upgrade called Columbus-5. This upgrade will allow more applications to be built on the network and will create greater financial incentives for stakers. In other words, it will massively attract more participants to the network, which is a powerful driver for Terra’s demand and therefore its price.

Started in 2018 and based in South Korea, Terra is a price-stable crypto-currency creation protocol. Its native token, Terra (LUNA), has grown in value as the project has found more success.

Terra focuses primarily on stablecoins, which are crypto-currencies attached to another asset. There are already a number of stablecoins, most of which are tied to the US dollar. Terra offers one of them, the TerraUSD (UST), but it also offers stablecoins tied to many other currencies, including the South Korean won, the euro and the Mongolian tugrig.

The network’s native cryptocurrency, Luna, which we discuss in this analysis, is the tool used to manage these stablecoins.

Does technical analysis confirm a buying opportunity on Terra (LUNA)?

After an all-time high of $35.65 on August 19, Terra hesitated for a few days, but has clearly resumed its rise since last weekend, with the help of the bullish trend line visible in daily data and supporting the evolution ofThe cryptocurrency has been in the midst of its current bull run since the very beginning. 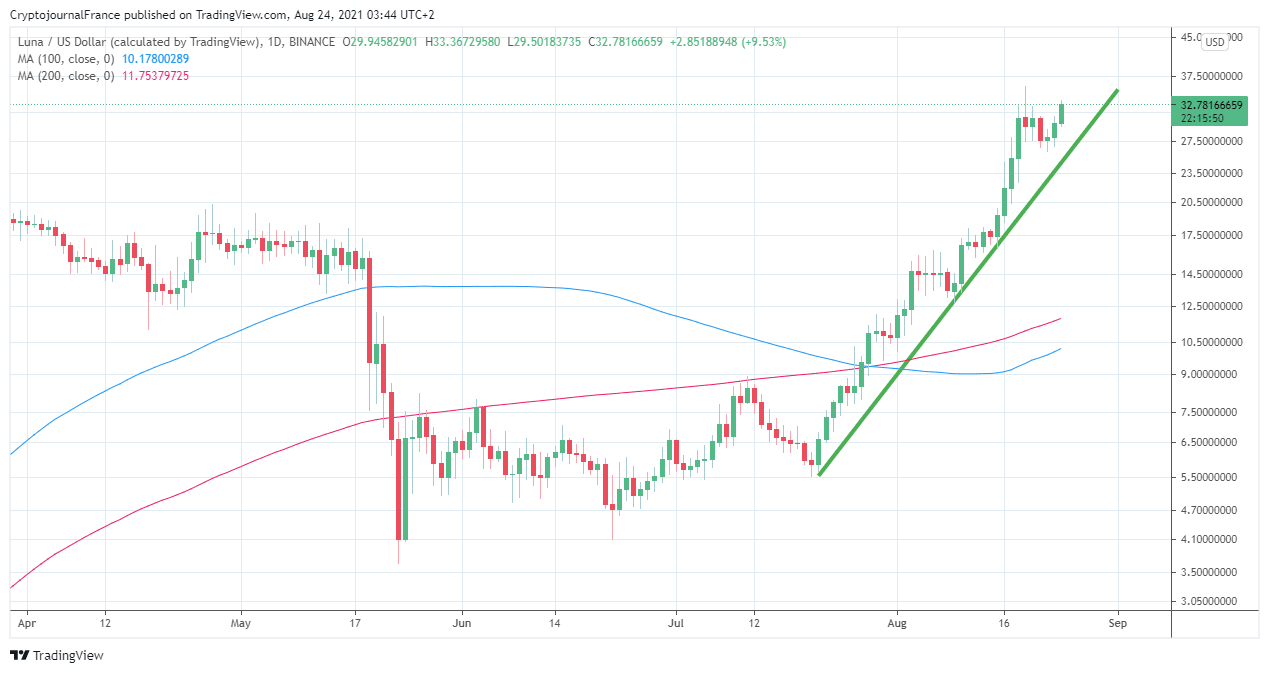 In the short term, the recent all-time high and then the $40 threshold will be the next potential targets, before the key psychological threshold of $50.

On the downside, the hourly chart shows that the 200-hour moving average, currently at $27.2, has stopped all corrections in recent days. It is therefore the first support to watch, before the trend line mentioned above, and currently positioned at about $ 24.5. 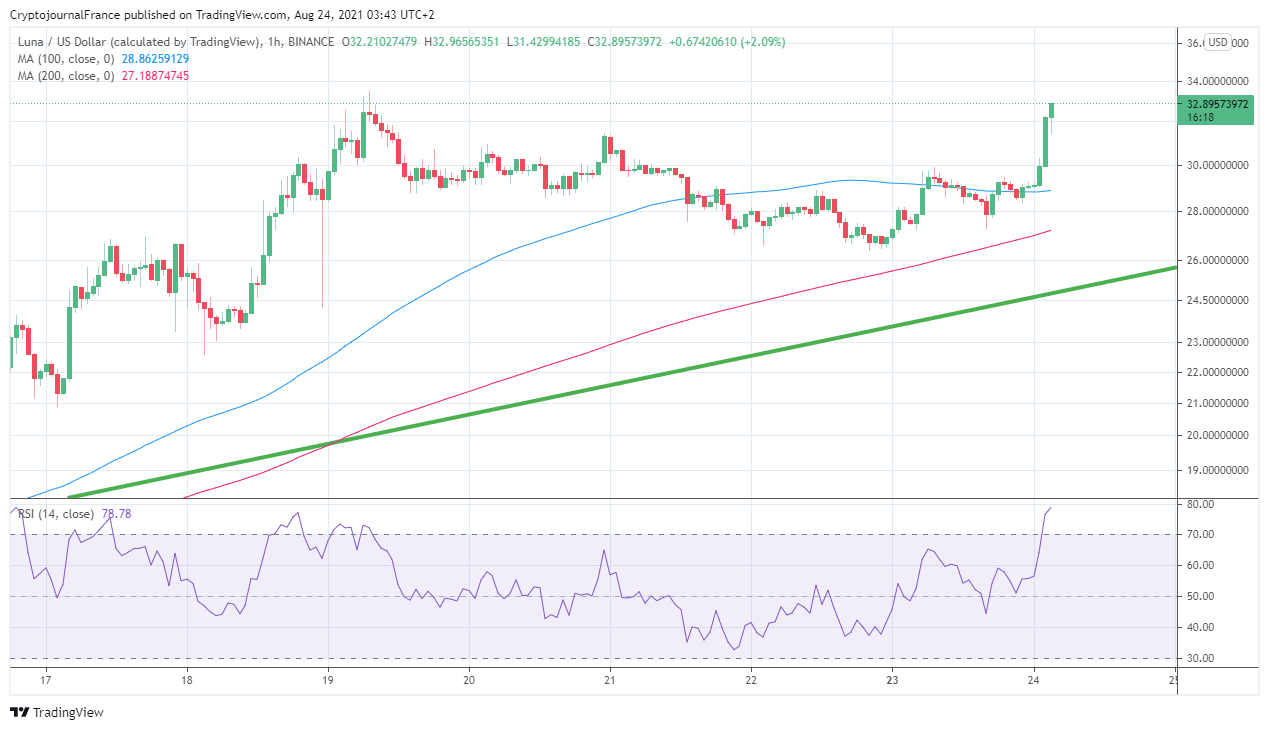 However, there is a downside to this upward trend, as the hourly RSI has largely entered the overbought territory. This suggests that a correction may be imminent. In this context, a move back towards $30 would provide an interesting buying opportunity.

To summarize, we can consider buying Luna (Terra) at the current price or in case of a pullback to $30, targeting $40 initially, then $50. The protective stop could be positioned around $24, offering a very satisfactory risk management ratio.

Keeping track of the best traders: PrimeXBT and its diversification methods