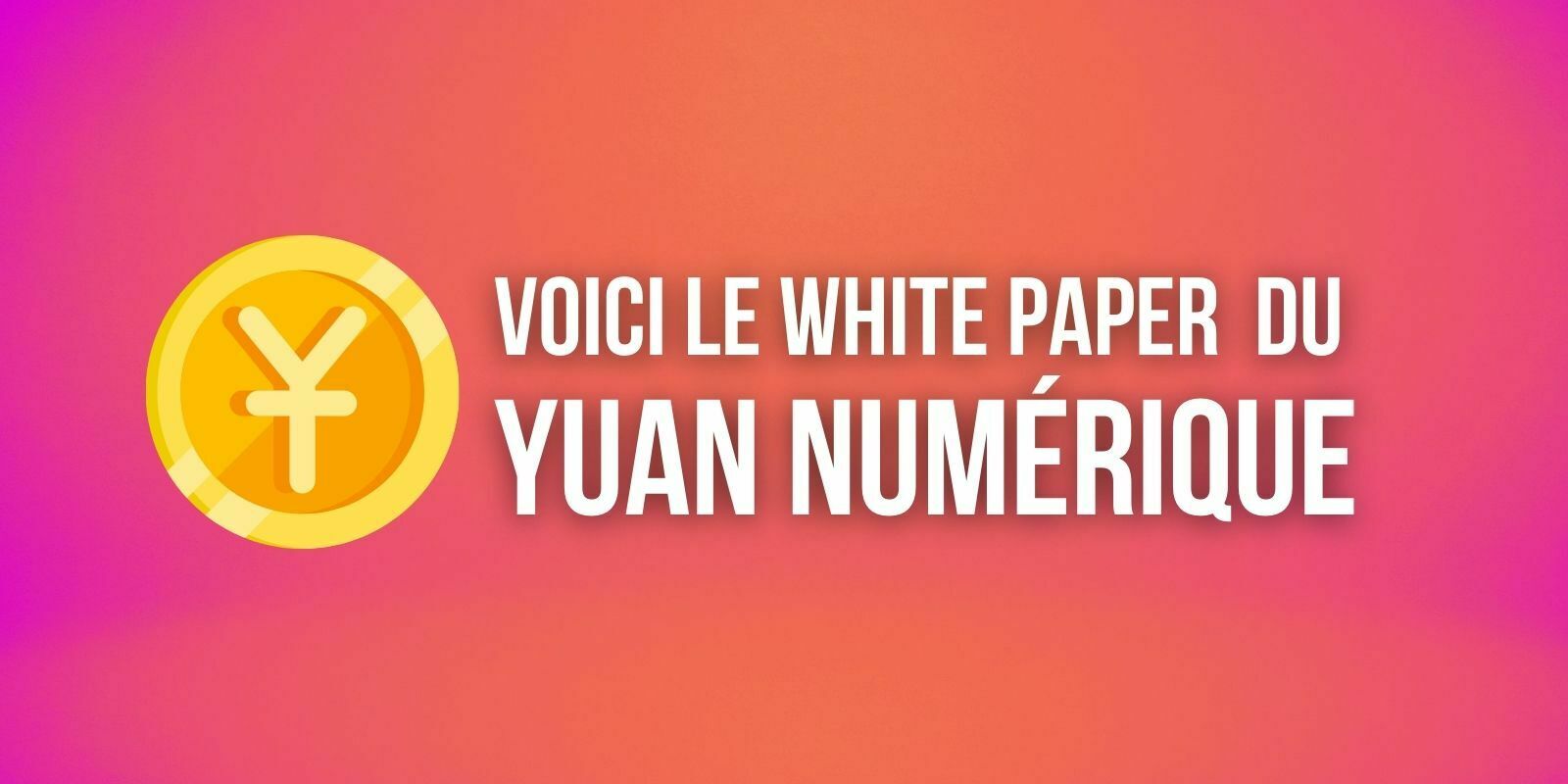 This Friday, July 16, 2021, the People’s Bank of China (PBOC) released the digital yuan white paper. First, the central bank went back to the origins of this crypto-yuan. In the pipeline since 2014, the central bank’s digital currency was conceived as a reaction to the emergence of cryptocurrencies, including the king Bitcoin (BTC).

“Adopting blockchain and crypto technology, cryptocurrencies such as Bitcoin are supposed to be decentralized and fully anonymous. However, given their lack of intrinsic value, acute price fluctuations, low trading efficiency and huge energy consumption, they can hardly serve as currencies used in daily economic activities,” says the People’s Bank of China, the institution responsible for the yuan’s circulation.

Mirroring the European Central Bank (ECB) at the launch of its digital euro project, the Chinese financial institution deems it essential to point to the energy consumption of Bitcoin.

To justify the rejection of cryptocurrencies, including the eviction of mining farms from its territory, Beijing does not hesitate to pretext ecological concerns. In reality, the Chinese government fears that digital currencies like Bitcoin will overshadow its crypto-yuan.

“Crypto-currencies are mainly speculative instruments and therefore pose potential risks to financial security and social stability. In addition,they have been used as payment instruments for money laundering and other illegal economic activities,” the Chinese central bank accuses.

In a second step, the People’s Bank of China refers to criminal activities related to the cryptocurrency sector. This argument, as hackneyed as it is misleading, fails to take into account the evolution of the digital currency ecosystem in recent years.

While economic activity related to crypto-assets is exploding, the share of transactions actually carried out by criminals is shrinking like a stone year by year. In fact, they accounted for only 0.34% of cryptocurrency trading last year, a report by Chainalysis shows.

In the white paper, the financial institution also mentions the emergence of stablecoins, such as Diem, Facebook’s cryptocurrency. For China, these digital currencies offered by “commercial institutions” represent a danger to “the international monetary system, the payment system, monetary policies, the management ofcross-border capital flows”.

For the record, the announcement of Diem, then known as Libra, had also pushed Beijing to accelerate the development of its digital yuan. China fears that the rise of Facebook’s currency will reinforce the hegemony of the US dollar. Yet the crypto-yuan was designed to overthrow the dollar king.

Read about it: ‘Digital yuan is not a surveillance tool,’ says former Chinese central bank head

Smart contracts will be used to execute payments automatically

The digital yuan “achieves programmability by deploying smart contracts that do not alter its monetary functions. Under the principle of security and compliance, this functionality enables self-executing payments according to predefined conditions or terms agreed upon by both parties,” the white paper details.

Finally, the central bank reveals that 70.7 million transactions in digital yuan have already been made in China. These exchanges represent 34.5 billion yuan, or 5.3 billion dollars. 20.8 million Chinese have opened a wallet to store crypto-yuan, the People’s Bank reveals.

In recent months, digital yuan experiments have indeed accelerated in China. Beijing has been paying some workers’ salaries in crypto-yuan while several businesses located in Shanghai have been accepting payments in digital yuan.

More recently, 3,000 ATMs dedicated to the currency have been deployed in the capital. Despite these many successful experiments, the Chinese government has yet to settle on an official launch date.

Receive a summary of crypto news every Sunday And that’s it.

About the author : Florian Bayard

Bitcoin will be used by Americans to pay off their mortgage

Good omen for the mining industry: Blockstream is now a Unicorn