As the token experiences a nearly 30% increase over the past 7 days, questions about the evolution of the ADA token are becoming more and more pressing. For some observers, Cardano could see its token climb past the $5 mark by 2022. Is there a consensus around the token’s forecast? That’s what we’re going to try to put forward.

After a relatively steady uptrend until May, the token peaked in mid-May. The asset then experienced what remains today its ATH (All Time High) on May 16. With a token that trades at the highest of the day for € 2.10. This psychological barrier of 2 € will then immediately play the role of support level. Then leading to a correction phase.

A phase that could have quickly bifurcated into a longer-term downtrend, as shown graphically on the curve. Indeed, after the bullish peak in May, the following lows never really broke the €1 mark. This left the field open for a new, more positive dynamic, which we are going through today. A dynamic initiated by the last low peak on July 20, during which an ADA was trading for €0.89.

Cardano at $5: Myth or Reality?

It seems that one element is at the center of the current bullish movement: the Alonzo hard fork. A fork that should allow the addition of smart contract between late August and early September. This is what Charles Hoskinson, the famous founder of Cardano, says. Indeed, the hard fork should allow developers to set up new decentralized applications. An opinion also shared by Hoskinson who predicts an explosion in the number of users.

For a large number of players in the cryptocurrency market, this hard fork could eventually push Cardano above the $5 mark. And in the more or less near future. A hypothesis all the more credible if the token were to definitely exceed the support of 1.40 USD. A level of support that is neither more nor less than the highest historical level recorded by Cardano in 2018.

What about Prediction Algorithms? 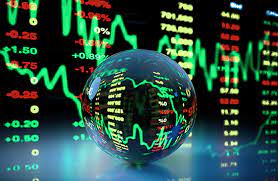 It seems that a certainbullish consensus is emerging among the predictive models of the various platforms. At DigitalCoinPrice, the algorithms expect the token to reach the USD 2.60 mark by the end of 2021. On the other hand, the USD 5 mark is not expected to be reached before 2025. The model put forward by the platform nevertheless expects the upward trend to continue.

The same is true for WalletInvestor. The algorithm then estimates that the token could be quoted at the end of the year for USD 2.09, in a price range estimated between USD 1.89 and 2.29. Within a year, the asset could already break the USD 3 per unit mark. If we go back to a 2025 horizon, the model estimates that a token could then reach the 9 dollar mark. If WalletInvestor seems less optimistic in the short to medium term, the estimates are more bullish in the long term.

The Tauxde platform also expects an upward trend. The token could then exceed the €2 mark by the end of the year, an increase of more than 30% compared to its current price. However, in the longer term, the continuation of the uptrend seems to be in question. Cardano could reach the €5 mark in 2023, before entering a long-term downtrend until 2025.

Beware, these predictions are obviously to be taken with a pinch of salt. They cannot be 100% reliable. Most of the models used only take into account past prices to try to predict future prices. Certain variables, such as changes in the regulatory framework, could greatly alter the figures provided. This is especially true for very long-term forecasts.