What happens to bitcoin after the owner dies? 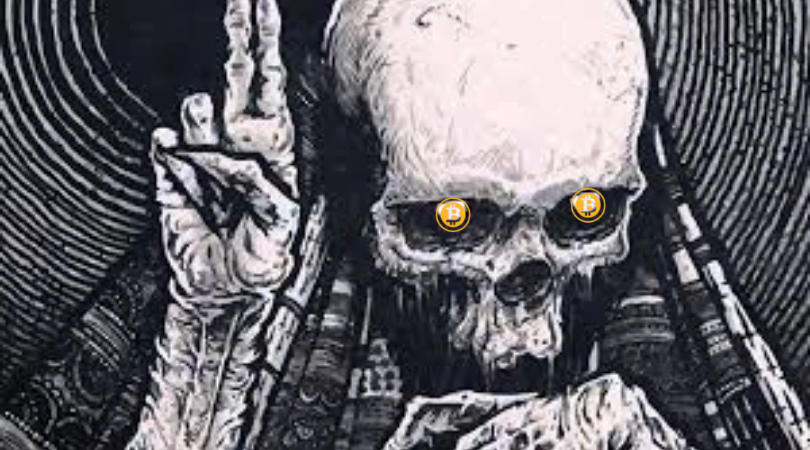 The portfolio of the recently deceased bitcoin billionaire, Mircea Popescu, is estimated to be worth around $2 billion. It’s worth thinking sometimes about the transient nature, existence, pursuit of wealth and securing access to accumulated cryptocurrencies after we die

The controversial billionaire, Mircea Popescu, died earlier this month at the age of 41. He left behind a massive cryptocurrency fortune that is valued at up to $2 billion. According to some commentators, it may have been lost forever.

Popescu, known as one of the largest individual bitcoin holders in the world, drowned off the coast of Costa Rica near Playa Hermosa after a morning swim. He was reportedly

“carried away by the current and died on the spot.”

How do you get to Popescu’s wallet? Isn’t that hard?

is circulating on the Internet that the Popescu family does not have access to a wallet containing one million bitcoin. Losing access to such a stuffed to the brim purse is a real nightmare.

If rumors about Popescu’s estate are true, this wouldn’t be the first time someone has lost access to

bitcoin wallet. It happens often enough that the market has spawned an entire industry whose representatives deal with the issue of cryptocurrency recovery. One of them is Dave Bitcoin, whose company Wallet Recovery Services provides services to restore the ability to access cryptocurrency addresses. Dave has had his hands full

“These days, because of price increases and increased interest, we receive about 50 to 70 inquiries every day.”

In case the operation to restore access to the wallet is successful, the company collects 20% of the value of the balance parked on it:

If such a company is in this business, is cracking a wallet at all that difficult? Not necessarily, and the success statistics attest to that:

“Historically our success rate is around 35%” – comments Dave.

The business is harder than you think

Much of the success of cryptocurrency recovery services is predicated on the fact that owners remember (at least in part) the passwords to their accounts. Trying to crack a wallet blindly is a whole different story.

The$690 million bitcoin wal let has been traded among hackers on underground forums for over two years. So far, no one has managed to crack the password. The reason? With today’s technology, it’s extremely difficult. Practically impossible.

Two algorithms stand in the way: AES-256-CBC and SHA-512. These two asymmetric security mechanisms protect the wallet.dat file and are extremely slow in processing. If the password is long and contains special characters, the chances of successful access recovery are slim.

If you want to use brute force, the wallet’s private key lies somewhere between 1 and 2²⁵⁶. All you have to do is guess until you find the right number – that’s a 1 in 115 dodecyliard (1075) chance. Yes, that’s a very large number – larger than the number of atoms in the universe.

By current standards, elliptic curve cryptography is the strongest security method available. But the technology is advancing at such a rapid pace that some experts are starting to panic.

Mathematician Peter Shor has published a quantum algorithm that can crack the elliptic curve used in modern cryptography. This means that anyone with access to a large quantum computer can forge the digital signature used to protect your bitcoin. Shor published his algorithm in 1994.

“If you had a quantum computer today […] – in China, for example – you could probably crack wallets on the blockchain in about eight years,” he says. “Every financial institution, every login on your phone – everything is based on asymmetric cryptography, which is vulnerable to hacking with a quantum computer,” said Fred Thiel, CEO of Marathon Digital Holdings.

“If I were going to plant a seed of fear … I would say that some of the first types of digital signatures that will łamane by quantum computers, are the elliptic curves we use today to protect bitcoin wallets,” commented Thorsten Groetker in June this year.

Experts, however, are not wringing their hands. The U.S. National Institute of Standards and Technology(NIST) has taken the problem head-on and has begun work on developing quantum-resistant encryption. If they succeed, the question of keeping it safe will probably come down to moving the money to a wallet with better security. However, this will only be possible if you know your password.

For those who don’t, during the transition from elliptic curve to quantum cryptography, there may be relatively little time left to regain control of your BTC wallets. Hackers may be the first to reach out for lost wallets.

Eat healthy, keep your heart and your private keys safe

That being said, it’s a good idea to adopt good practices related to the hygiene of access to your cryptocurrencies (while they’re still yours):

If you overlook the last point above, you may find that the treasure you left behind, instead of going to your family, will be exposed to pirates. Too bad.

Institutions have a growing appetite for Solana

Fidelity: by 2026, a significant number of institutions will own bitcoin