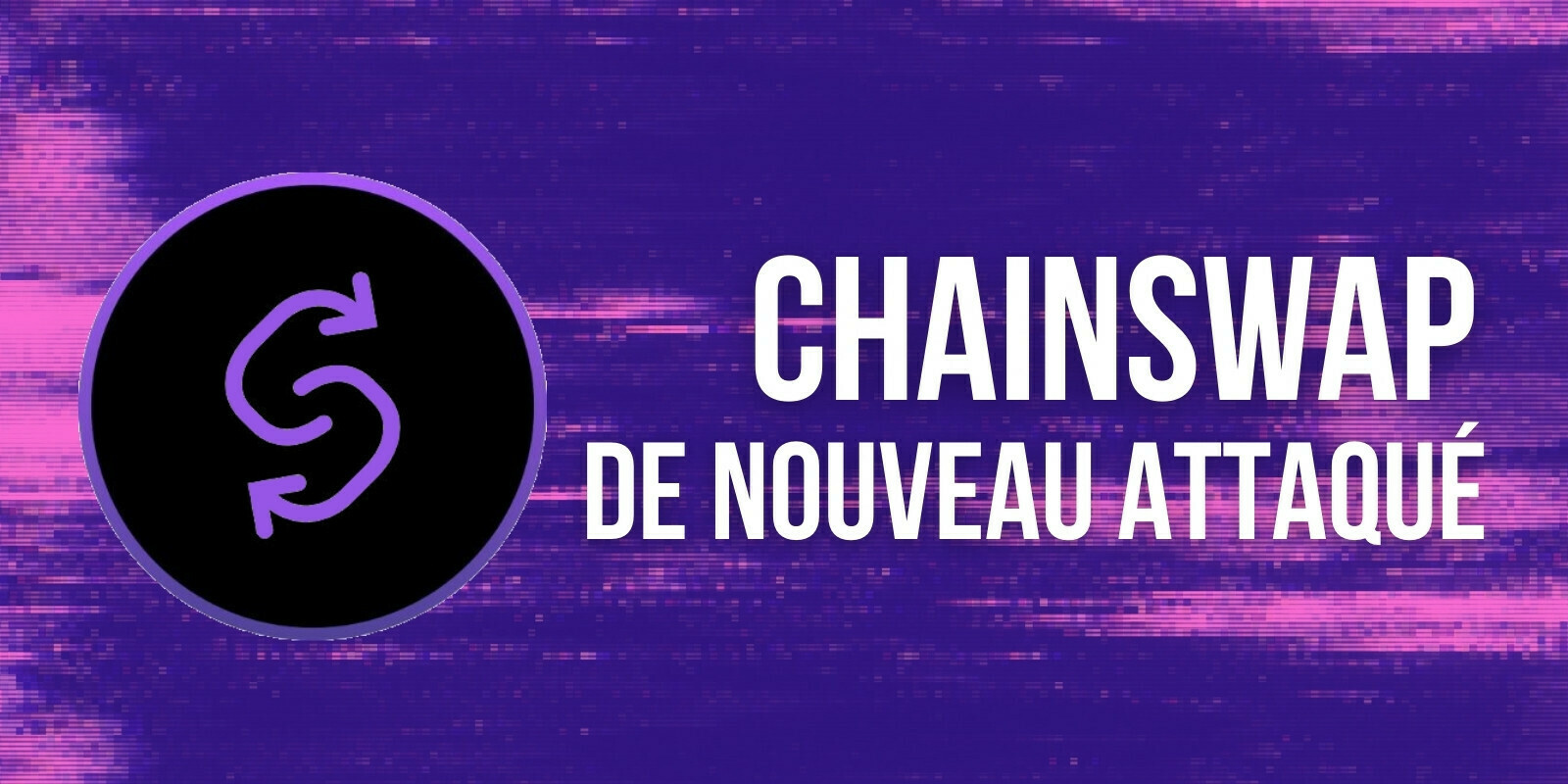 ChainSwap victim of a new attack

ChainSwap is an exchange protocol, which allows tokens to be transferred between multiple blockchains, for example Ethereum (ETH) and the Binance Smart Chain (BSC). The protocol is in the middle of building new bridges with other projects like Polkadot (DOT) and Solana (SOL). So this attack is bad news for ChainSwap, which is facing a wave of mistrust from users.

Over the weekend, ChainSwap announced that it had to temporarily withdraw liquidity from markets, and urged users not to buy ASAP, its native token.

We have few details on the nature of the attack at this time, but ChainSwap has already confirmed that ASAPs lost by users will be redistributed. A compensation plan will also be put in place for victims of the exploit. In total, the losses amount to several million, as can be seen from the attacker’s address.

The individual wallets of ChainSwap users were not affected by the attack, however, so the funds are safe. Indeed, the project managers specify that it is a vulnerability related to the smart contract that has been directly affected.

Tokens that plummeted by -95

Tokens related to the ChainSwap project suffered catastrophic drops immediately after the attack was announced. ASAP, WILD, ROOM and MATTER fell by -95% or more:

All this puts into question the legitimacy of ChainSwap, which does not seem to be able to prevent attacks of this type for the moment. However, the project had greatly seduced the community a few months ago. It had raised $3 million in early April, thanks to Aladema Research, OK Block Dream Fund (OKEx) and others. ChainSwap will have to work hard to maintain its reputation and prevent new attacks.

Read all the news about decentralized finance (DeFi)

Receive a summary of the crypto news every Sunday And that’s it.

About the author : Marine Debelloir

Intrigued by Bitcoin for several years, I have become passionate about crypto-currencies and the innovative technologies that come with them. I like to find the most interesting information to share with you and help democratize this exciting universe. But I don’t stop there! I also like to analyze projects related to cryptos and blockchains, which fascinate me just as much.
All articles by Marine Debelloir.