Although the price of BTC is stuck below $50,000, the cryptocurrency king network has recently recorded some all-time records. On-chain data revealed that BTC’s weekly transaction volume

exploded to new highs, and the number of users holding the asset is slowly recovering.

Analyst firm Glassnode recently highlighted the massive increase in transaction volume on the Bitcoin network. Data released by the firm shows that the average weekly transaction volume (hourly chart with a 7-day moving average) has risen to a new record high of over $8 billion. At the time the record was recorded, the number was actually more than 50% higher than the previous peak.

It is worth noting, however, that such a result most likely does not mean that the transfers took place between regular users. Other data indicated that the adjusted, USD unit transfer volume did not show the same growth as it did in the context of the aforementioned record-breaking number.

As such, the most likely explanation is that the spike may have originated in internal transfers, which the relatively quiet mempool seemed to confirm. 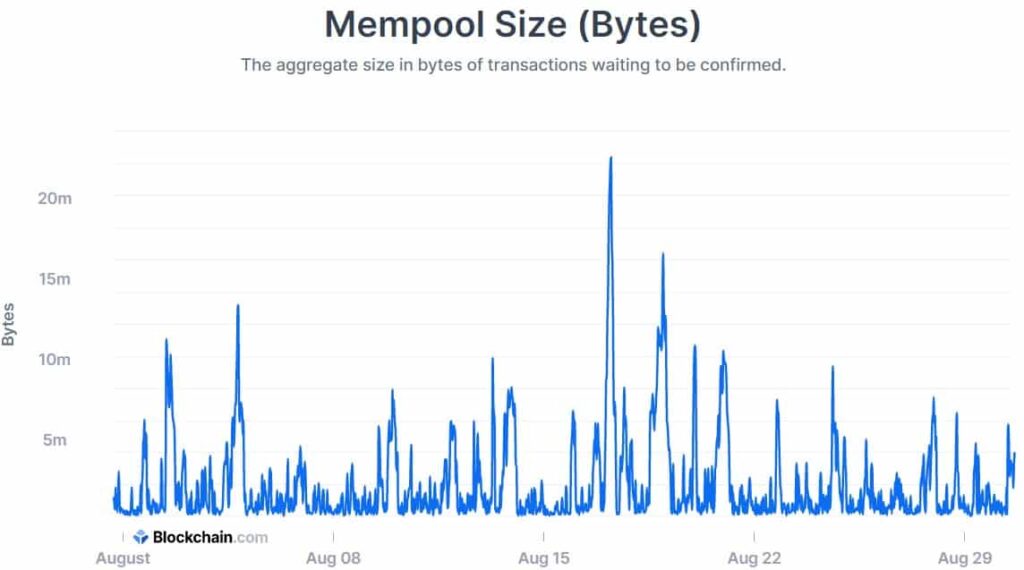 BTC holders are on the rise again

Glassnode analysts highlighted that after recent declines, the number of bitcoin holders has definitely increased

Retail investors tend to join the rally when the price rises rapidly and withdraw when it falls. As a result, the number of wallets with one or less than one BTC dropped after the mid-May correction. However, now that the cryptocurrency

has approached $50,000 again, investors have started to come back.

First, non-zero addresses are once again above 38 million, the highest level in the last 30 days. This represents an increase of about half a m

Those holding at least 0.01 BTC have set a three-month peak of just over nine million. The last peaks in this range were recorded in April and May at around 9.2 million.

Other record highs that the market hasn’t seen in three months came from wallets containing 0.1 BTC or more. There are now 3.2 million such addresses

The number of wallets with at least one bitcoin parked in them has increased from 792,500 in June to 808,300 today, according to Glassnode. 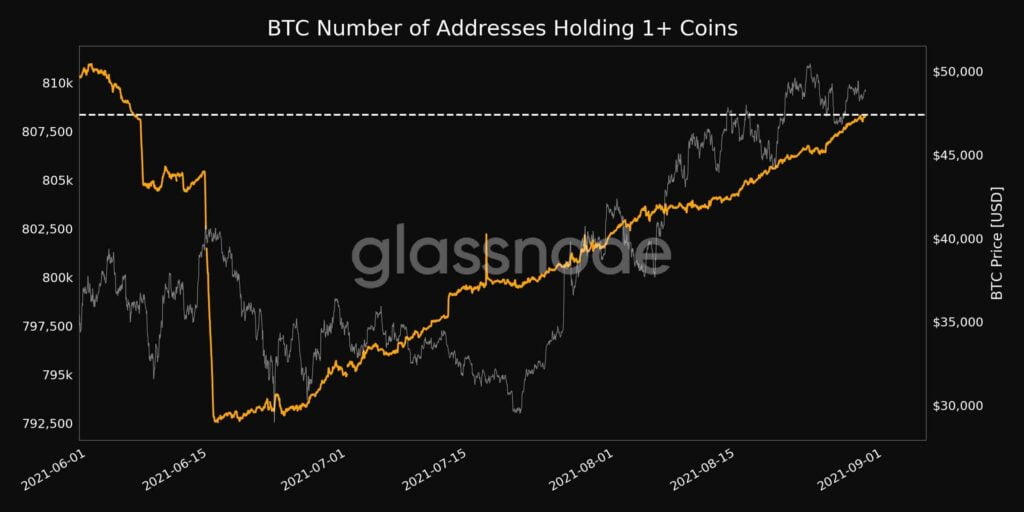 This article neither in whole nor in part constitutes a “recommendation” within the meaning of the Act of 29 July 2005 on trading in financial instruments or the Regulation (EU) No 596/2014 of the European Parliament and of the Council of 16 April 2014. on market abuse (Market Abuse Regulation) and repealing Directive 2003/6/EC of the European Parliament and of the Council and Commission Directives 2003/124/EC, 2003/125/EC and 2004/72/EC and Commission Delegated Regulations (Ue) 2017/565 of 25 April 2016 supplementing Directive 2014/65/EU of the European Parliament and of the Council as regards organisational requirements and operating conditions for investment firms and defined terms for the purposes of that Directive. Thecontent contained on the website does not meet the requirements for recommendations within the meaning of the aforementioned Act, inter alia, it does not contain a specific valuation of any financial instrument, is not based on any valuation method, and does not specify investment risk

See also  Staking Ethereum on Ledger Live: effortless interest on your ETH, from dream to reality?

Moody is looking for a crypto analyst, why is this important?