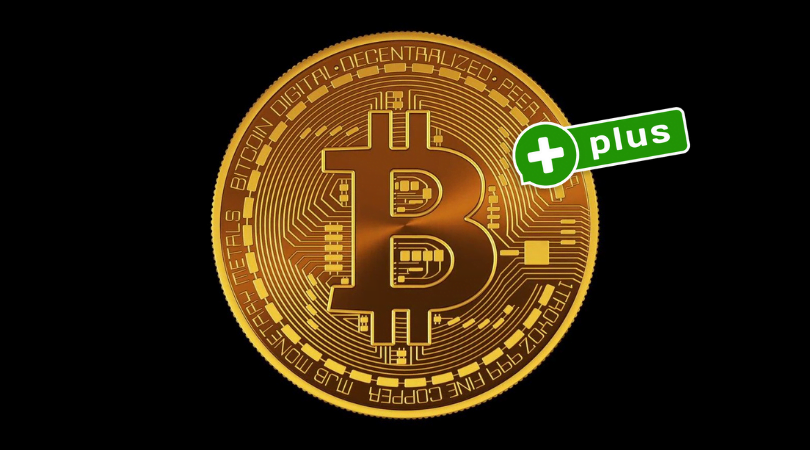 Have you ever wondered why Satoshi Nakamoto

set the supply of bitcoin at 21,000,000 digital coins? Giving a proper answer to this question is certainly difficult. However, there are several premises on which we can base our attempts to justify such a decision. Shall we try?

Quick wealth here and now? Something like that does not exist

If you try to shortcut the once-taken path of getting rich, you will certainly lose your money. Hard work bears fruit over time. It is no different with bitcoin.

The network created and brought to life by the enigmatic Satoshi Nakmoto is an investment instrument with the best profitability rate in the world so far.

According to casebitcoin, when comparing ROI (versus USD), BTC is second to none. The cryptocurrency has historically shown the highest returns and leaves traditional assets far behind. Here’s how bitcoin’ s

Looking at the above graphically, the resulting picture leaves no illusions. Yes, that line lying virtually at zero reflects the ROI of gold, the S&P 500 and U.S. bonds over the past 10 years:

that investing in bitcoin over the long term has paid

Putting the fruits of hard work in BTC was, in principle, supposed to protect against destructive monetary inflation in a way that was immune to censorship. T

This is currently the biggest value proposition that Bitcoin offers. Whether we will ever use cryptocurrency as a means of everyday payment is a big unknown at the moment. Leaving aside the arguments in the discussion regarding the utility of bitcoin, it falls to admit that we are still at the very beginning of the ‘bitcoin revolution.

Did you know that at the time I am preparing this text over 18 million bitcoins have already been mined? The last one is expected to see the light of day in 2140. Satoshi

Nakamoto has planned that there will be a total of …

To confirm what I wrote above, let’s have a look at

Satoshi Nakamoto understood that the problem with the current fiat system is the complete freedom given to central banks to print as much money out of thin air as they deem necessary.

In such a model, a few central bankers have too much power over everyone else on Earth. We should be able to blindly trust them, but history has repeatedly shown us that this is impossible. As Satoshi Nakamoto rightly pointed out

“The main problem with conventional currency is the trust that is required for it to work. The central bank has to be trusted not to depreciate the currency, but the history of fiat currencies is full of violations of that trust. Banks must be trusted to hold our money and transfer it electronically, but they lend it out in waves of credit bubbles with only a fraction in reserve.”

Based on this, we can surmise that Satoshi Nakamoto created Bitcoin to solve the trust problem in the current banking system. Bitcoin is a successful attempt to restore people’s power over money. The fact that the supply of cryptocurrency is limited has very positive implications for its users.

To solve the problem of the endless depreciation of fiat currencies in the current system, Satoshi Nakamoto therefore limited the maximum supply of BTC that can be mined (you can read about how the network works here

This limitation is defined in Bitcoin’s source code:

this has incredible implications for our money that we “invest” in BTC. The calculus is simple: if you buy 1 BTC today you are guaranteed that in 10, 20 or 50 years you will still own 1 BTC out of that 21 million total possible supply.

It is probably not too surprising for you to find out that in the case of fiat currencies such a scenario is a pipe dream.

purchasing power of the US dollar; source: Statista

The starting point for answering this question is

“I wanted to pick something that would make prices similar to existing currencies, but without knowing the future it is very difficult. I ended up choosing something in the middle.”

In an email correspondence with Mike Hearn, Nakamoto added:

“If bitcoin remains a small niche, it will be worth less per unit than existing currencies. If you imagine that it is used in some fraction of the world’s commerce, there will only be 21 million monet, so it would be worth significantly more per unit.”

Satoshi Nakamoto could therefore have chosen this number of 21 million to anticipate a possible adjustment to fiat currencies. So 0.001 BTC (1 mBTC) could have been worth $1. This prediction came true in 2013. Today, 0.001 BTC is worth much more.

You can read more about money aggregates here:

Let’s go further. If we imagine that Bitcoin could one day become the world’s reserve currency, the figure of 21 million units could have the following equivalence: 1 BTC = $1 million. Satoshi, the smallest unit of Bitcoin, would then be equivalent to $0.01 USD.

However, this is just speculation.

As for speculation, the queen of sciences may have been behind the choice of 21,000,000 as the supply limit for the king of cryptocurrencies. To try to explain the above using the laws of mathematics, proponents of this theory have put together various parameters of Bitcoin’s programmatic monetary policy.

Bitcoin’salgorithm adjusts the difficulty of blocks, which are mined on average every 10 minutes. From this average, 210,000 blocks must be mined in each 4-year cycle. At the end of the cycle, halving takes place, whereby the reward given to miners for mining a block is halved.

Extrapolating this reduction, you can see that the total block reward in each 4-year cycle is equal to 100:

Multiplying this number by the number of blocks mined in each cycle, 210,000, we get the maximum supply of BTC that can be put into circulation: 21 million.

What happens when the last bitcoin is mined?

The last bitcoin is expected to be mined around 2140…

When the network finally “frees” all 21 million BTC, miners will still be able to participate in the block mining process, albeit no longer encouraged by the vision of receiving a reward. However, this does not mean that they will not be rewarded at all.

In addition to block rewards, miners will also receive all fees spent on the transactions included in each newly dug block. Currently, transaction fees make up a small portion of a miner’s revenue. Miners currently mine around 900 BTC per day, but eachEach day, they earn between 30 and 50 BTC in fees. This means that transaction fees are currently only a few percent of their revenue. As of 2140, it will be 100%.

The truth is that if the shift to rewards based solely on transaction fees were to happen right now, it would almost certainly decimate the network. After all, few BTC miners would be able to mine digital coins profitably if they suddenly received only a modest share of their existing rewards.

However, if the network’s usage dimension exploded, competition for blockchain space could increase dramatically, which would likely lead to an increase in transaction fee rewards for miners – much like during bitcoin’s bull-run in 2017.

You can read more on this topic here:

Why bitcoin supply is limited can be explained fairly simply. However, it is difficult to say with certainty why bitcoin’s hard cap is exactly 21,000,000 digital coins.

Binance (BNB) breaks out after forming a bullish pattern